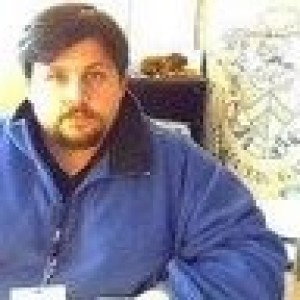 Tony Zizak is a long time scouter, Eagle Scout, and the scoutmaster of Troop 119 Ellettsville, IN. He has served on Wood Badge staff as a Troop Guide. He has been to scout camps across the country and was a certified Program Director, Aquatics Director and a Scoutcraft Director. As a youth Tony received his Vigil Honor and served as a Lodge Chief for Tseyedin Lodge #65. Reach out to him for any questions you may have on any of his articles posted

Before we get into the actual report, I want to make sure to really emphasize the point that in order for good troop/troop committee relations there has to be some prep work first in order to keep the relationship in the green zone. One way to prepare is make sure documentation is good. I say this because the PLC is usually a set of eager teenagers who usually don’t like to write things down. 🙂 Another data point to consider is that the one constant of PLCs through the years is that they change up with each election. This usually happens when the PLC is performing quite well together and the scouts have learned how to leverage everyone’s strengths to make the troop better. With the elections, new people sign on for leadership roles. New ideas happen and the group may get pushed back all the way to the forming stage (4 stages of group development: Forming, Storming, Norming, Performing). Because new leadership styles, new members, and personalities enter the mix you may see a drastically different PLC than what was held previously… and that’s not necessarily a bad thing.

Probably the most important role held in the PLC is the scribe. This is this leadership’s historian marking down all the lesson’s learned, the start/stop/continues, and what was done previously.

If the PLC scribe didn’t do the job correctly then this is where the new PLC will “relearn old mistakes and ‘wing-it’ a lot. Remember you may not have many or any of the previous scouts in leadership roles with a new PLC. Tribal knowledge could go right out the window. This puts a lot of stress on a new group of leaders as well as adult leaders. The adult leaders will be doing a lot of repeating and that isn’t fun for anyone. If the scribe did the job correctly, there should be ample information to inform many different groups on what is happening or happened with the troop.  The new leadership (which could consist of completely new members) can literally take a page from the troop history book to see what the previous PLC ran into when doing a particular campout, court of honor or event. Who taught what and how long it took are just examples of what the future PLC’s should be able to research from scribe notes. Here is where the senior patrol leader will pull reference material for the troop committee report to inform them on what has been happening with the troop since the previous troop committee meeting.

In our troop, the senior patrol leader provides a report, in person, to the troop committee.

The role of the troop committee is to make sure that the troop program is being followed. One way they can get first hand knowledge to that is to hear it straight from the head leader of the troop, the SPL. This does several things… It provides the SPL some real world experience in public speaking, oral reporting and an opportunity for a positive interaction with other adults.  This also allows the troop committee to ask questions of the SPL to get further insight on what the scouts are thinking. Finally, this puts some accountability back on the SPL knowing that he/she will need to give an update to what was said in the previous meeting in roughly another month.

It’s important to note that this isn’t the only report given to the troop committee. This report which is given at the beginning of the meeting is a report from the scouts point of view. There is a ton more that happens than just this report from the troop perspective. The scoutmaster has a section to give his/her impressions on the programming, etc from the scoutmaster’s point of view. The scoutmaster is there advising and guiding the SPL before and during the report as well as the PLC. Nothing is took away from the scoutmaster by having the SPL give his/her report. Usually the format for a troop committee update report will consist of the following major details:

It’s worth mentioning again… having the SPL give this report in person is key. If the SPL can’t make it, delegate to the ASPL and then a Patrol Leader. It wouldn’t be a bad idea for the ASPL to attend a few of these meetings as well just in case the duty ever gets delegated to him/her. It’s about giving direct access to and from the troop leadership and troop committee. It’s a hard sell to the committee that the troop is scout-led if the adults are giving the report. The report can take as few as 5 minutes and could take up to 20 minutes or longer depending on content or active involvement. The prep work for the SPL could take either the same amount of time or longer if there aren’t good enough notes to sift through so again… make sure you get your SPL and scribe in synch. I ask the PLC to take 15 minutes in their bi-monthly meetings to get something together so they all know what is being reported on and so they can all talk to it if needed. As for when the SPL presents at the troop committee meeting,  we usually have the SPL go first and give the option to attend the rest of the meeting if the SPL wishes.

The key to all these parts of accountability is to be prepared. I know… crazy idea 🙂 Hopefully from the past five parts of this series you can take what we have learned in my troop and made it easier for your troop to be successful. Don’t get me wrong… we still have ample ‘learning opportunities’ in our troop but at least these are NEW ‘learning opportunities’ now instead of repeating ourselves constantly.

Good luck out there scouters!

For Members: Download the PDF of this here PLC 5 of 5 (2 downloads)